How one perceives a chocolate is how one perceives fun in life! Was told to me by one of my female colleagues at work! I wonder if we could extend the same interpretation to our digital sphere, with Android launching its new mobile operating System, the ever so sweet –Android KitKat, so without further delay let’s get to know the highlighting features of the about to be released Android KitKat 4.4

So how are we looking?

With every new release Android has given special concern to not only the background but also to the foreground, while the former we mean aspects like functionality in general the latter consists of the UI and the generic look and feel of the operating system. Talking about the UI there has been an apparent change in the color scheme, notifications and other UI enhancements.

I am running Ice Cream Sandwich, can I taste KitKat?

Well with the changes that Google has intended to make by introducing Wider Hardware support, you certainly can run KitKat on your device. Google has heard the outcries of existing Android users who are stuck at previous versions of the operating system not being able to upgrade to the latest due to Andriod’s strict hardware restrictions that come up with every new version. However Google has put in serious efforts to mend the same, and the changes should reflect in KitKat.

With the concept of Cloud storage slowly becoming old news, Google thinks it needs to integrate cloud storage more closely to Android, probably they are following Apple’s lead of iCloud. Though we could still use Google+ to automatically backup photos but then there still remains a lot of scope of improvement which we should see in the new version.

Battery will not die so soon!

A better usage of multi core CPUs along with the OS being lightweight shall lend a hand to the stamina of the battery.
From Exotic Landscapes to Picturesque Portraits
A smoother transition between the two orientations Landscape and Portrait has been promised giving it that slick appeal, eventually providing an enriching experience for the users.

So when are we actually getting it?

Google will be hosting an event on the 24th October 2013, this is where it is speculated that the launch of Google Nexus 5 along with KitKat 4.4 will be launched.

Though with the release of the new iOS7 preceding to the KitKat, yet one can see a lot of look and feel similar to that of Android. With Apple following suit to Android, there are a lot of expectations from KitKat. The only question is Will Google be able to deliver? 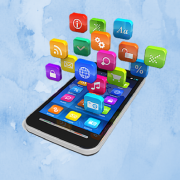