IoT is Not a New Notion

The concept of the ‘Internet of Things (IoT) was in the air for quite a long time from now; in fact, the ‘Coke Machine’ of ‘Carnegie Melon University’, which is a creation of the early 1980s, was one of such ‘internet appliances’. The subject has eventually touched the ground. Now-a-days it has become a matter of discussion of all those who are familiar with hi-tech developments, in particular, those who are aficionados of computers and the internet. Kevin Ashton, one of the initiators and the Executive Director of the Auto-ID center at MIT had given a direct hint about the same almost 1½ decades ago! The year was 1999, and the venue was an executive meeting of ‘Proctor & Gamble’; Kevin was linking the then novel topic of ‘internet’ to the ‘Radio Frequency Identification’ in the company’s supply chain.

‘Internet of Things’ can be described as a basic concept that is strong enough to influence the day-to-day human life. It is a special and specific situation where everything, living or static, in this globe can be connected to each other. According to this hypothesis, this can be done by incorporating ‘unique identifiers’ within each of the connected objects. The amazing feature of this state is that, no ‘human to human’, or ‘to computer’ interaction is required for the same! In essence, internet has the capacity to make human life better and smarter. If this effectiveness is made use of in a worthwhile fashion, it can change our life drastically. For instance, suppose if we are able to connect internet to appliances like washing machines, coffee makers, lamps, or for that matter, any of the devices that we use to make our everyday life easier, with a controllable on/off switch, our life will become more easy! Pragmatically, this will be of great help to us, because, we will be able to carry out various tasks in a systemic manner. In this context, it will be nice to observe the observation of Gartner, an analyst company; according to this calculation, there will be more than 26 billion internet connected gadgets in our globe by the year of 2020! When ‘IoT’ becomes a certainty, then that will become a massive network of related objects including human beings.

As the availability of accurate ‘Broadband Internet’ has increased maximally, and the pricing for the same has come down appreciably, the ground reality is perfectly fitting for the state of ‘Internet of Things’.

The Practical Effects of IoT in Human Life

When Internet of Things becomes a certainty, a lot of positive effects are bound to take place in human life. As the impact can be vital in all walks of human life, our life will be much more cushioned. To cite an example, when you are on the road, a ‘connected car’ can guide you to take the right route, thus avoiding a possible traffic jam! Likewise, your clock can monitor the coffee maker! These are just a couple of possible instances, and actually you can stretch this actuality to diverse tasks and actions! The application of the handiness of ‘IoT’ will make almost all arenas of human interests more interconnected and thus more efficient. This includes the highly relevant sectors such as ‘transportation networks’, and ‘energy management’. Precisely speaking, ‘Internet of Things’ is a gateway to numerous novel arenas, which will make human life much more functional than today. 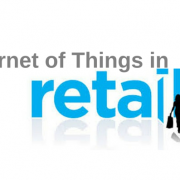 Internet of Things in Retail